Ponniyin Selvan movie Update: The epic historical novel "Ponniyin Selvan" was adapted from the same-titled book by renowned author Kalki. The conspiracy surrounding the Chola dynasty throne established 1000 years ago is at the heart of the narrative. As Ponniyin Selvan-part 1 prepares for a release in Tamil, Hindi, Telugu, Kannada, and Malayalam, the film team is prepared to start promotions. 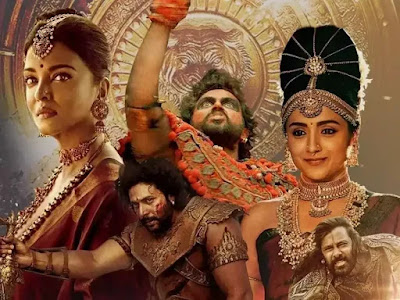 Recently, Lyca Productions and Madras Talkies released a motion poster with a pulsating background score by AR Rahman. The lyrics were written by Ilango Krishnan, Kabilan, and Venba Geethayan, and Jeyamohan wrote the dialogue. Anthony worked as the movie's editor while Ravi Varman is in charge of the photography. 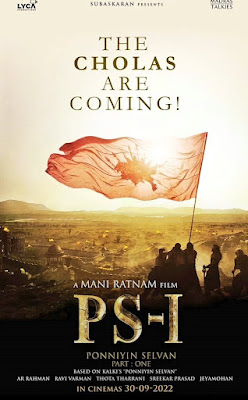 Watch the motion poster from the official Twitter page below.

Look out! Brace yourself.
Get ready for an adventure filled week!
The Cholas are coming! #PS1 🗡 @LycaProductions #ManiRatnam pic.twitter.com/uLYPJ4Z0LC
— Madras Talkies (@MadrasTalkies_) July 2, 2022 The fact that Chiyaan Vikram portrays Aditya Karikalan in Mani Ratnam's adaptation of Kalki's epic historical novel "Ponniyin Selvan" is now widely known. The movie, which is scheduled to hit theatres on September 30, 2022, has just received its first look poster, which stars Vikram as Aditya Karikalan.

Chiyaan Vikram portrays Aditya Karikalan, the Prince of the Chola dynasty, in the poster as a fierce warrior who exudes majesty. Welcome the Chola Crown Prince! This is what Ponniyin Selvan's creators, Lyca Production, wrote alongside the first-look poster.

The story takes place in the turbulent Chola Empire of the 10th century when the rivalry between rival branches of the ruling family led to violent rifts between the emperor's potential successors. The movie will be released in Tamil, Hindi, Telugu, Kannada, and Malayalam throughout the world. The epic film, stars a stellar cast including Vikram, Jayam Ravi, Karthi, Aishwarya Rai Bachchan, Trisha, Aishwarya Lekshmi, Sarath Kumar, Vikram Prabhu, Sobhita Dhulipala, Jayaram, Prabhu, Parthiban, and Prakash Raj, is based on Kalki's similarly named Tamil novel, which was serialized in the 1950s and has been.

On September 30, 2022, Ponniyin Selvan (Part 1) will be released. The movie's rights for digital streaming have been acquired by Amazon Prime Video. As a result, by November 2022, movie fans can watch the film on Amazon Prime Video. Recently, the movie's creators released the Ponniyin Selvan poster. The new and stunning appearance of Aishwarya Rai in the poster has impressed her fans.

Ponniyin Selvan, a historical film from the south of India, will cost a lot of money and feature expensive sets and costumes. The film has a $500 million total budget. Speaking of the PS 1 cast, it includes a number of well-known actors, including Aishwarya Rai Bachchan.

Hope like the about ponniyil selvam movie latest updates. If you like the information please shares it with your friends who are also eagerly waiting for PS-1. Please follow our site to get latest Tamil songs and movies updates. Thanks for your visit.