Thalapathy 67: The audience has been praising director Lokesh Kanagaraj's highly skilled connectivity of his actors from his previous film "Kaithi" and creating his own universe, which the fans have dubbed the Lokesh Cinematic Universe, ever since the success of director Lokesh Kanagaraj's "Vikram," starring Kamal Haasan, Vijay Sethupathi, and Fahadh Faasil (LCU). In addition to successfully incorporating his characters from "Kaithi," the young director also connected the story to Kamal Haasan's 1986 movie, also called "Vikram." 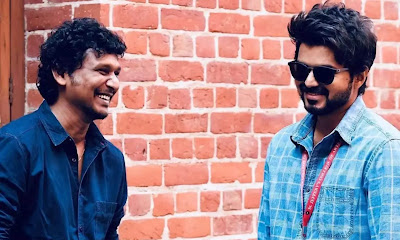 Rolex, a new character created by Lokesh and portrayed by Suriya, was interesting because it allowed him to expand his potential cinematic universe even further. The latest news suggests that this movie may very well be a part of the talented director's larger cinematic universe, even though it has already been more-or-less confirmed that they will work together again on "Thalapathy 67" after "Master." When asked if "Thalapathy 67" would be a part of his LCU in a recent interview with an English daily, Lokesh Kanagaraj said he would speak about it after the production company made an official announcement about the project. Okay, let’s see, is thalapathy 67 in LCU.

Is Thalapathy 67 in Lokesh Kanagaraj's LCU?

It will be thrilling to see if "Thalapathy 67" is integrated with his previous films "Kaithi" and "Vikram" or if it takes place in a different universe connected to "Master" if it is accepted into the LCU. Actor Vijay is currently working on "Thalapathy" 66 with Vamshi Paidipally, which is anticipated to hit theatres in January 2023, while fans wait impatiently for the project's announcement.

As their previous movie "Master" debuted in the same month in 2019, Lokesh Kanagaraj and Vijay are continuing their October release trend. Vijay will reportedly play a more action-oriented role in the drama, which is reportedly about pakka gangsters. Samantha is rumored to play the female lead. Thalapathy 67's soundtrack will also be composed by Anirudh Ravichander, who also composed the music for the films "Master" and "Vikram."

With the director Vamshi Paidipally, Vijay is currently filming "Varisu," which is being shot in a Chennai film district. The actor, who is very busy, will finish filming by September, and Pongal 2023 is when the movie is expected to be released.

Vijay to Play a Gangster in Thalapathy 67:

In a recent interview, Lokesh Kanagaraj received inquiries from fans. One of them inquired, "In one of your earlier interviews, you mentioned that you were working on a gangster story. When are you going to direct that?" I'll be directing that gangster story next, Lokesh responded. Additionally, it's been said that Lokesh wrote the script for Superstar Rajinikanth, titled "Thalapathy 67."